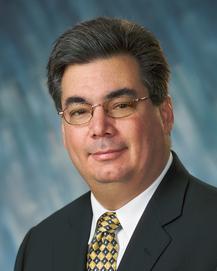 With USF rates climbing over the past years it's important understand this volatile fee,

what it’s used for and how it is calculated so so it can be bugeted and in some cases, minimized.

Under FCC guideline's, the Universal Service Administrative Company orUSAC was created to administer this fund for the following purposes:

services that are reasonably comparable to those in urban areas.  The FCC revised this fund in November of 2011 under

the new name Connect America Fund which will subsidize the expansion of Broadband and Wireless networks between              2012 and 2018.

This support, commonly known as Lifeline and Link Up, provides discounts that make basic, local telephone

they pay no more than their urban counterparts for the same or similar telecommunications services.

services to connect schools and libraries  to the Internet.  This support goes to service providers that provide discounts

on eligible services to eligible schools, school districts, libraries, and consortia of these entities.

USF rates currently apply to both voice and most data telecom services and are adjusted on quarterly basis, as determined by the USAC, to meet the anticipated fund expenses and overhead for that specific time period.

While the current rate is still below the high water mark if 17.9% set in Q1 2012, it still represents a significant expense

that you need to be aware of as there are inconsistently as to how it is applied to data services.

Some companies will assess this fee to the total charge where other companies will only assess it to the access portion of the service making it imperative to determine the differences when comparing bids from multiple providers.