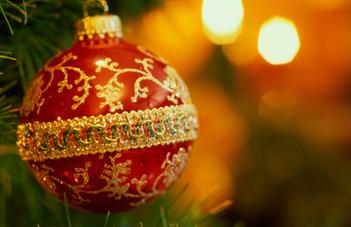 The Telecom Managers Nightmare Before Christmas By Leo Berz, 11/29/2004

Twas the night before Christmas, when all through the land Not a network was stirring, not even the WAN. The circuits were terminated by the equipment with care, In hopes that the users soon would be there. IT staffers were nestled, all snug in their beds, While visions of outages danced in their heads. The CIO’s new budget had thinned out our plan, While he was in Cozumel, touching up his tan. When out on the server there arose such a clatter, I sprang from my bed to see what was the matter. Away to my computer I flew like a flash, Logged on to the network to see what had crashed. The logs from the equipment so well I know, Gave light to the reason why things were so slow. When, what to my wondering eyes should appear, An alarm that was red, showing it near. With network troubleshooting lively and quick, I knew in a moment this wasn’t a trick. More rapid than eagles the culprits they came, And I whistled, and shouted, and called out their names: Now AT&T, now MCI, now Bell, now Sprint, Tell me it’s you, just give me a hint. “We’re clear to the interface there on your wall”, They claimed one by one after I called. “The trouble is all yours, your equipment is fried” When questioned directly, the carriers all lied. So up to the doomed equipment room I flew, With a sleigh full of spare cards and test equipment too. Upon arriving, the loop-backs quickly I ran, Feeling desperate, the results soon did I scan. When I drew my conclusions of who was to blame, The number I dialed, but could not pronounce his name. His accent was thick, he was hard to understand, I got this sinking feeling, like being in quicksand. A bundle of bull he flung from his sack, Hoping to find my resolve was in lack. Demanding escalation was all I could do, Knowing that with him, my evening was through. His voice was unhappy, his voice oh so cold, All he could say was “I must place you on hold”. With the sun on my face, next morning awake, Still wondering if it was all a dream, wondering if it was all fake. The moral I’ll share from the ordeal I survived, Was that some days it’s plenty to just be alive. Happy Holidays to all of the hard-working, loyal, and talented telecom experts who give their best to keep enterprise networks humming all year round, even on Christmas Eve.